On 'It's Almost Dry,' Pusha T plays the long game

The Martin Scorsese of street rap — that's how Pusha T sees himself these days.

The Virginia Beach, Va. artist — government name Terrence LeVarr Thornton — has grounds to do so. He first rose through the ranks of hip-hop in the '90s and early 2000s in the group Clipse with his brother, who now performs as No Malice. Then in 2010, Pusha T broke out as a solo artist, signing to Kanye West's G.O.O.D. Music label. This year, his newest album It's Almost Dry became his first to reach No. 1 on the Billboard 200 chart.

From the road, Pusha T joined NPR's Ayesha Rascoe to discuss the making of the record, spurring competition between producers Pharrell Williams and West and staying on top of a decades-long career in hip-hop.

The following interview has been condensed and edited. To listen to the audio version, click the link above.

Ayesha Rascoe, Weekend Edition: I want to start off with that Martin Scorsese comparison. Martin Scorsese is known for making gangster movies, and you're known for rapping about selling cocaine. You've even called yourself "cocaine's Dr. Seuss." What's that parallel you're drawing there?

Pusha T: Basically, of course there are times in Scorsese's [filmography] where he ventures off from gangster films, but for the majority Scorsese makes a very particular type of movie that culturally we all have gravitated towards. And he does it very well. It's iconic. I look at my rhymes and my content and my music and my discography the same way — I do something very specific and I do it very, very well.

Turning to It's Almost Dry, where does that name come from?

It speaks to art and creating a masterpiece. Everyone's always waiting on that masterpiece and you always have to tell them that it's almost dry, it's almost ready.

Half of the album is produced by Pharrell Williams, who you've been making music with since the very beginning of your career. The other half is produced by Kanye West, who was a huge part of you [branching out] as a solo artist. How does working with both of them differ?

I would say that me and Kanye connect very deeply on very purist, obscure hard samples — hard drums. Very minimal. He likes to treat my voice like an instrument. He loves mixtape Pusha T. He loves that, so he makes records that lean heavy in that vein.

Pharrell is always trying to turn me into a character. He definitely is big on composition and the actual songwriting — cadence, flows, melodies. [He's] always trying to turn even the darkest or hardest of records into some level of hit, you know? That's the difference between those two to me.

Was it kind of like a competition, because you had half and half? Was it fun?

It turned very competitive. And mind you, I'm doing this album really between Miami, Florida and LA. I could get in the groove and catch a record and fly to Miami to be with Pharrell, then fly to LA and be like, "Look what we did." And Kanye will perk up and be like "Oh really? That's what y'all on? Okay." Boom — before I know it, he's throwing me beats like, "Take this. Finish this." Then I go back to Miami and say, "He heard that — and he gave me this." I just start pitting the two energies versus each other the whole time.

Then it got to a point where, for "Rock N Roll" featuring Kid Cudi, Kanye himself couldn't find the drums that he liked for the record. He was like, "Man, take this to Pharrell. Tell him to put some drums on it. I want to hear his drums on it." That was the one record that they actually collaborated on. With that being said, there were other people who were trying to find drums, and I would be playing it and Kanye would walk in and spaz out. He'd be like "What is that? Throw all those drums away, I don't wanna hear nobody's drums but Pharrell's drums on this record."

Kanye can be controversial, to say the least.

Does that ever affect the making of the music, or do you ever pull him aside on a personal level and go, "Hey, Ye — maybe pull back a little bit?"

We talk about everything that goes on with him. I always lend him an ear, and I always speak to him and give my opinions. Kanye is just who he is, though. He has a very strong personality. He just wants what he wants, and he wants it a particular way. We definitely bump heads or disagree about quite a few things, but I think that where we're compatible is that he knows that I'm just giving him my honest point of view. When he speaks to me, he's like "Man, when I talk to you, I actually get to look at things outside of myself."

I want to ask you about the song, "Call My Bluff." I know you were talking about getting into character. You were watching Joaquin Phoenix's Joker movie a lot working on that song. Tell me about that process.

You know Pharrell just thinks that me becoming a character is the next level to my career. He feels like I've been a quintessential rapper the whole time, but yet I haven't really tapped into a character. So we would watch Joker and he'd be like, "Man this is who you are! You laugh at things you're not even supposed to be laughing at. This is you."

I'm like, "Damn bro, that's what you think about your man?" So we started actually watching the movie, right? And then it turned into us watching the movie on silent, and he would make music to the energy of the TV. It tells you the energy that you're supposed to be in. That's how we continued to create his portion of the album.

You have longevity in hip-hop. What do you think longevity looks like for hip-hop artists right now? Because there was a long time where rappers really didn't have that long span of being popular and they would get older and get pushed aside. But now it's different, right? Everybody's like, who's going to be the Rolling Stones for hip-hop?

Well that's my goal. My goal is to see how far I can really take this competitively. I don't want to just exist in rap or just make records that aren't considered classics. It's funny you mentioned the Rolling Stones as a group, but in talking about this, Rolling Stone just made a top 200 list of hip-hop albums of all time, and I was on that list three times. I want to keep making albums that will end up on all of these lists. If I stop making albums that don't garner that type of fanfare or attention, then I don't want to make music anymore. 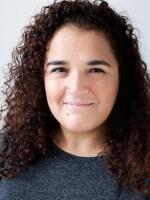 Hadeel Al-Shalchi
Hadeel al-Shalchi is an editor with Weekend Edition. Prior to joining NPR, Al-Shalchi was a Middle East correspondent for the Associated Press and covered the Arab Spring from Tunisia, Bahrain, Egypt, and Libya. In 2012, she joined Reuters as the Libya correspondent where she covered the country post-war and investigated the death of Ambassador Chris Stephens. Al-Shalchi also covered the front lines of Aleppo in 2012. She is fluent in Arabic.
North Coast Conversations
North Coast Conversations is a weekly segment where we meet with local community members developing ways to improve the quality of life on the north coast.
Submit Your Event