Offshore wind could transform Humboldt into renewable energy pioneer in 2022

Next fall, the joint powers agency and its private partners will bid on the right to place floating wind turbines roughly 20 miles off Humboldt's coast.

If an initial project succeeds, developers could install more turbines that would provide up to four percent of California's electricity. 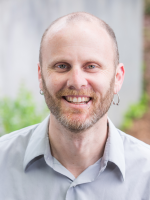