The Newsom administration has quietly ordered the closure of its central COVID-19 testing laboratory, cutting short a controversial no-bid contract worth up to $1.7 billion with global health care giant PerkinElmer.

In a letter obtained by CapRadio, dated March 31, the California Department of Public Health notified the company that it would terminate the contract in 45 days, as allowed under the agreement. The letter thanked PerkinElmer for its partnership and noted the increased availability of antigen testing and expanded commercial testing options as the reasons for terminating the contract.

The state did not mention the myriad problems PerkinElmer faced since opening the facility, known as the Valencia Branch Laboratory, in October 2020. The issues were severe enough to threaten the lab’s license status.

The termination marks an unceremonious end to a partnership that Gov. Gavin Newsom hailed as keeping California “on the leading and cutting edge” of COVID-19 response. At the facility’s ribbon cutting, Newsom expressed hopes of expanding on the laboratory’s mission to meet the long term needs of communicable disease response and research.

The contract was set to last through October after the state renewed it late last year, despite criticism of the company’s performance. The laboratory — which the state spent $25 million to build out — will be defunct by mid-May, and its future beyond that is uncertain.

As of November, California paid PerkinElmer $716 million under the agreement, with the Federal Emergency Management Agency reimbursing the state $684 million. CDPH did not respond to CapRadio’s request for updated figures.

The state plans to transition away from its centralized test processing through the Valencia Lab and instead use “a network of commercial testing lab partners,” according to an email, obtained by CapRadio, from CDPH to a testing contractor. Details on this substitute network remain scant.

CDPH declined an interview request and instead provided an emailed statement.

“This laboratory was opened in 2020 to rapidly expand the state’s testing capacity, drive down costs, and bridge equity gaps,” the statement reads. “Now, at this point in the pandemic and as part of the SMARTER Plan, testing capacity will be provided through a network of commercial partners rather than the Valencia Branch Laboratory.”

The “SMARTER Plan” is the state’s roadmap for emerging from the pandemic.

“Given the decrease in COVID-19 cases and need for testing, [California] intends to end its contract” with PerkinElmer, the statement read.

But the state’s rationale — in its letter to PerkinElmer and in its statement to CapRadio — did not cite a drop in cases or testing demand. Murray did not respond to follow-up questions seeking clarity on this matter.

California’s positivity rate more than doubled since mid-March to 2.6%, according to the state’s COVID-19 dashboard. Cases per 100,000 increased from 5.2 to 6.9 during that time.

PerkinElmer struggled right away with obligations laid out in the contract. Inspectors found “significant deficiencies” during a routine inspection in December 2020, only a couple months after the lab opened.

A series of investigations from CBS13 in Sacramento found laboratory technicians were literally sleeping on the job and staff failed to receive adequate training.

In November 2021, the state released a report detailing its efforts to get the laboratory into compliance after inspections found “multiple deficiencies related to documentation, record keeping, process, and training.” The state notified the company of its intent to impose sanctions on the lab late last year, but ultimately did not pursue the penalties.

The report also said it could not substantiate the findings from CBS13; in response, the station claimed its revelations had been confirmed by inspectors.

“I always felt that the resources that were put into that laboratory would have been much better assigned to the local county public health labs,” he said. “The county labs were already set up, and with the additional resources, they could have expanded their testing.”

Public health advocates have decried the stagnant funding for local public health departments — a pattern that continued even during the pandemic.

In recent months, the Valencia Lab continued to struggle, as the omicron variant surged and people clamored to get tested. In mid-January, for example, fewer than 1 in 5 people received their test results within two days, according to CBS13.

That stands in stark contrast to commitments Newsom made about the partnership when the laboratory opened.

“This lab also promises to get results back within 48 hours, but [with] a stated goal within 24 hours,” Newsom said at the ribbon cutting. “Never more than 48.”

What’s next for the laboratory is unclear. CDPH did not answer emailed questions about what the state plans to do with the specialized building it spent tens of millions of dollars to build out.

Correction: A previous version of this story incorrectly stated the next steps for the facility. It is unclear whether the state will continue to operate the lab. 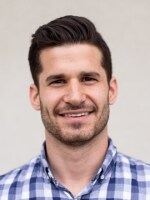