How bad is water use in California? March is the worst so far, up 19%

Californians emerged from the driest January, February and March on record with the biggest jump in water use since the drought began: a nearly 19% increase in March compared to two years earlier.

Despite the urgent pleas of water officials, California’s water use in March is the highest since 2015, standing in stark contrast to February, when residents and businesses used virtually the same amount of water in cities and towns as two years ago.

The massive increase shrank conservation gains since last summer, according to data released today by the State Water Resources Control Board: During the period from last July through March, Californians used 3.7% less water than during the same stretch in 2020.

The latest data is a rebuke of California Gov. Gavin Newsom’s request last July that Californians voluntarily cut back their water use by 15%. At the end of March, he ordered water systems to step up their drought responses statewide, but left the details to the locals.

The largest increases, nearly 27%, came in the Los Angeles basin and San Diego County, as well as the desert regions of southeast California that include Palm Springs and the Imperial Valley. Residents and businesses in southern Sierra Nevada communities used about 23% more water than in 2020, and the Central Coast followed close behind with a 20% rise. The only savings came in the North Coast region, which used 4.3% less water. Even the San Francisco Bay Area had a 2.5% increase.

While the data reflects water used by residents and industries statewide, it does not include agriculture, which accounts for roughly 40% of the total water used in the state.
The record dry spell came during what should have been some of the wettest months of the year, so residents resorted to more watering of their lawns and gardens, which soak up about half of the water used in cities and towns.

Beginning next month, about 6 million Southern Californians who are reliant on the state’s parched aqueduct and reservoirs will face unprecedented water restrictions from the Metropolitan Water District. The agencies and cities that provide their water must limit residents to outdoor watering once a week or reduce total water use below a certain target under a mandate issued by the Metropolitan Water District last month.

In response, the Los Angeles Department of Water and Power today announced that all of its nearly 4 million customers will be limited to watering twice a week beginning June 1.

By March, some residents already faced aggressive drought rules from their water suppliers — with mixed results.

In Southern California, the Las Virgenes Municipal Water District, which serves wealthy enclaves west of Los Angeles, found that water use steadily increased despite restrictions, with about half of residents regularly exceeding their water budgets, said spokesperson Michael McNutt.

At the end of May, the state water board will consider rules to ban irrigation of non-functional, decorative turf at businesses and other institutions. It will also vote on regulations implementing Newsom’s executive order requiring water systems to escalate their drought responses. Nearly 230 water systems have yet to reach the level of drought response the governor ordered, according to state data released today. 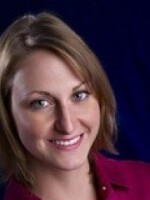