Thousands of Californians in limbo as eviction protections end

Despite repeated requests from CalMatters for comment prior to this article’s publication, the state housing department only made someone available for interview today after publication. The story has been updated to include their response.

Since September 2020, the Legislature has passed and Gov. Gavin Newsom has signed four laws shielding tenants who were unable to pay rent due to COVID-19 from eviction. The most recent extension shielded tenants through June 30 who had applied for rent relief from the state’s $5 billion program by the March 31 deadline but had yet to hear back or receive payments. Those tenants can now be brought to court by their landlords.

“It’s highly unlikely that they are going to get through all these applications by June 30, when the eviction protections expire,” Sarah Treuhaft, vice president of research at PolicyLink, a nonprofit that has been reviewing the state’s rent relief program, said during a press conference this week. “This means they are likely to be evicted and they might eventually get rental assistance.”

Debra Carlton, chief lobbyist for the California Apartment Association, said they have asked their members not to take their tenants with pending applications to court.

The state Department of Housing and Community Development, which administers the program through a contractor, said on July 1 they had approved all complete applications for eligible tenants. Geoffrey Ross, a deputy director handling the program, said they are still processing 13,000 applications that are either missing documentation, or represent an appeal following a denial. They expect to clear all pending applications by early August.

The rent relief program has paid 339,000 households an average of $11,000 totaling nearly $4 billion, according to the state’s public data dashboard. Checks will soon be on their way to about 16,000 households approved this week.

The gap between completed applications and approved ones has shrunk significantly over the past week as case management has ramped up. On June 30, the program dashboard showed about 404,000 people had completed their applications. Late this morning, following the original publishing of this story, the dashboard was updated to show only 352,000 completed applications. Ross said more than 70,000 applicants were cleared from the queue and issued denials because of account inactivity. These applicants with incomplete applications were contacted at least three times and given at least 20 days to respond, many times longer, he said.

Using data from June 23, PolicyLink, which has been reviewing weekly program data from the state through Public Record Act requests, found more than 28,000 initial applicants and 57,000 people who reapplied have not yet heard back from the program. Ross from the housing department said the data, albeit produced by the state, has “flaws within the interpretation” but declined to comment on specifics.
Horne LLP, a Mississippi-based accounting firm that specializes in disaster relief, will be paid a maximum of $278 million to distribute federal rent relief funds capped at $4.5 billion, according to a contract renewal dated April 1 that CalMatters obtained through the Public Records Act on June 17. The housing department was unable to say how much the company had been paid to date.

State Assemblymember Buffy Wicks, a Democrat from Oakland and co-author of the last extension, acknowledged the program has been “incredibly frustrating.” She said the state housing department had assured her qualifying applications would be paid.

“I think it’s no secret that it’s had challenges,” she said. “And while I’m sympathetic to some of the challenges we’ve had as a state government in terms of dealing with a global pandemic that none of us anticipated, it’s also our job as government to run well especially when you’re talking about critical social safety nets.”

But there’s a silver lining for tenant advocates. A key portion of the now expired law was the preemption of more stringent local measures against eviction, many of which will now go into effect, including in Los Angeles County.

The state faces at least two lawsuits over the program from tenant advocates, who argue it has denied funding to qualifying tenants and isn’t covering the amount of rental debt originally promised.

More than 135,000 people — or nearly a third of all households — who applied for rent relief had their applications rejected as of June 17, according to data CalMatters obtained from the housing department through the Public Records Act. That number spiked in the last few weeks as the program wound down. The lawsuit, which cites the same set of data, says tenants are receiving little to no explanation for their denials, which makes it difficult to contest the final decision.

“Tenants are facing eviction even as their landlords are given these giant checks and tenants who are eligible for assistance are being denied with these cryptic notices that don’t tell them why. It just doesn’t make sense,” said Madeline Howard, a senior staff attorney at Western Center on Law & Poverty, one of the groups suing the state over the program.

Ross, from the housing department, was unable to provide specific numbers on denials, but said about half of applicants are denied over ineligibility: they either make too much money, don’t reside in a place covered by the state program, applied for a time period outside the program guidelines or were unable to prove their tenancy or the impact the pandemic has had on their ability to pay rent. The other half of denials were due to incomplete or inactive applications. He said an unspecified number of applications were fraudulent, or had been submitted multiple times.

He said tenants with incomplete applications are told which section they need to provide further proof, but aren’t limited to specific documents. He also said they were given instructions on how to reach their case managers for help.

Wicks said the latest state budget, approved this week, includes nearly $2 billion to pay back the state for a line of credit opened earlier this year to pay tenants who submitted applications prior to March 31, although it does not include any new funds for rent relief. The program covered rent for up to 18 months between April 1, 2020 and March 31, 2022 for low-income tenants who were financially impacted by COVID-19. 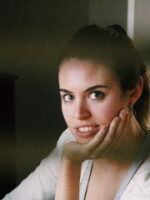 Manuela Tobias
Manuela is the housing reporter for CalMatters. Her stories focus on the political dynamics and economic and racial inequities that have contributed to the housing crisis in California and its potential solutions. Manuela previously covered income inequality and survival at The Fresno Bee for the California Divide. She is a former staff writer for PolitiFact and has interned at Politico Magazine, New York Magazine and The New Yorker. Originally from Buenos Aires, Argentina, she has lived in Latin America, Europe and across the United States. She has a B.A. in comparative literature from Georgetown University.
See stories by Manuela Tobias