Our transmitter in Willow Creek is off air. We're working with the manufacturer on a solution. We apologize for the inconvenience.
Regional Interests

Faith Under Fire: Jay Z's 'Spiritual' Is A Modern Song Of Sorrow

"...the Spirituals, in a limited degree, are still in the making."
-James Weldon Johnson

On Aug. 24, 1937, Lizzie Williams gave her testimony. Part of the Works Progress Administration's Slave Narrative Collection, Ms. Williams' remembrances documented that most inhumane institution through descriptions of everyday situations, from her regular change of hands as property to the children she was made to "mind" in her capacity as maid. Her narrative is punctuated by the "paddyrollers," or slave patrols, who Williams said were "jes lik' police." If enslaved peoples were caught traveling without a pass from their captors, she explained, the paddyrollers "strip[ped] yo' to de waist and dey lam[med] yo' good till de blood comes." Under these conditions their salve — the singular moment of love that she mentions in her seven-page account — was to sing the spirituals:

In the 21st century the freedom to walk without fear of surveillance or assault remains a basic desire for black women and men, as does driving to an interview, grabbing our wallets, wearing hoodies, playing with toys, asking for help and shopping with our families. Recent murders of black citizens by police in St. Paul and Baton Rouge have amplified the outrage and pain, documenting the fact that the history of state violence that Lizzie Williams described will continue to have a future in these United States.

Just as the conditions of vulnerability continue, so too does the method of response. Music remains a vital lifeline and strategy within black communities for reasons that are centuries old. Liberation theologian James Cone argues that the spirituals are about "the power of song in the struggle for Black survival." A system of beliefs, values, directives, codes and hopes, these songs were a reflection of the terrifying conditions of the enslaved as well as a plan for deliverance. "In many of the Spirituals the Negro gave wide play to his imagination," wrote early-20th century author and anthologist James Weldon Johnson. "In them he told his stories and drew his morals therefrom; he dreamed his dreams and declared his visions; he uttered his despair and prophesized his victories; he also spoke the group wisdom and expressed the group philosophy of life."

With knowledge of their transformative potential, it is no surprise that the spirituals are heard on the other side of Emancipation where the freedoms promised remain deferred. The "sorrow songs" that W. E. B. Du Bois discussed in 1903 remain dynamic, being mixed and remixed for each successive generation as an exhibition of "faith in the ultimate justice of things." On the day that social media erupted with news of the murders of Alton Sterling and Philando Castile, Brooklyn emcee Jay-Z tested that faith with "Spiritual," a nearly four-minute rumination on today's America. Listeners are introduced to the sacred foundations of his testimony from the production's first words, which sample a distorted voice delivering new testament wisdom: "And it says, now the works of the flesh are manifest — meaning, the things that are in the sinful nature they always come to the surface. And when they come to the surface, they come to the surface as deeds." It is not the theology but the deeds that sent Jay-Z into the studio in order to document their effects on his soul:

The bass-heavy production is so weighted by contemporary circumstance that it threatens to drag. It is only the constant affirmation of "I am not poison" that moves it forward; "I am not poison / No I am not poison / Just a boy from the hood that / Got my hands in the air in despair / Don't shoot / I just wanna do good." Like the #iftheygunnedmedown and #ifidieinpolicecustody conversations on social media, Jay-Z uses his personal experiences to refuse consumption by someone else's narrative. In the process, he creates intimacy with listeners by acknowledging mutual terror and mutual isolation. No amount of wealth or prestige allows him to forget that he is a black man and the father of a little girl. Though a superstar, his "Spiritual" places him alongside his audience. With the assistance of Donny Hathaway's 1971 masterpiece "A Song for You," he concedes: "I acted out my life on stages / with 10,000 people watching / Where's the little boy I knew? / I musta forgot him / Stuntin' / Of course we never grew / but we're alone now and I'm singing this song for you." Jay-Z's song is for someone but his "you" is a repeating body — a person and series of people known and unknown who, even when taken by spectacular fire, reveal themselves to us in intimate, private ways. These revelations are, in fact, spiritual, touching the most defenseless parts of each of us even as we collectively grieve.

There are no names mentioned in "Spiritual" — no roll call to sound off, no single city or officer to blame. Perhaps rightly so. The numbers of those taken don't tell the whole story and as much as policy makers and researchers seek to quantify the damage, it remains insufficient information for those who live in fear of becoming a statistic. A return to the spirituals is not mired in the past. It illuminates the present. "If slavery persists as an issue in the political life of black America," according to theorist Saidiya Hartman, "it is not because of an antiquarian obsession with bygone days or the burden of a too-long memory, but because black lives are still imperiled and devalued by a racial calculus and a political arithmetic that were entrenched centuries ago." There are Lizzie Williams' amongst us. Thankfully her songs are here too. The spirituals are "still in the making," as Johnson argued, because blackness is still in the making, still in-progress. And yes, that too is spiritual.

Shana L. Redmond is an Associate Professor of Musicology and African American Studies at the University of California, Los Angeles and the author of Anthem: Social Movements and the Sound of Solidarity in the African Diaspora. 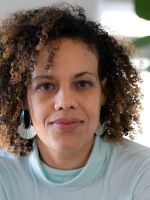 Shana L. Redmond
Shana Redmond is a professor at the Herb Alpert School of Music at UCLA and the author of Everything Man: The Form and Function of Paul Robeson.
See stories by Shana L. Redmond