This interview was conducted a week before the Kinetic Grand Championship that happened over Memorial Day weekend 2022. Team Pineapple ended up being the Kinetic Grand Champions for the 2022 race winning a combination of best time, art and engineering along with an Ace! Congratulations to Team Pineapple and all the other glorious racers and volunteers that participated this weekend!

This week, we are venturing further into the Kinetic universe and meeting with Team Pineapple, red herrings of the holocene, who are combining art, activism, and awareness at this year's Kinetic Grand Championship with their kinetic sculpture, The Humpbacks of Notre Dame, which is their interpretation of a time 50 years in the future where climate change and melted ice caps have flooded most of the earth and Notre Dame has become a tourist attraction for whale watching. Team Pineapple has come from the year 2069 armed with interns and their kinetic sculpture to warn us of our impending peril.

Team Pineapple is using their platform to inform people about the impending climate crisis by combining art, activism and awareness during their time in the Kinetic Grand Championship. In addition to wearing uniforms reminiscent of those worn in Wes Andersons' The Life Aquatic, they are also passing out pieces of the last glacier in existence along with newspapers from the year 2069 with information that may help a person in the current era get involved and reverse the climate catastrophe (Available to read on their website for those who did not receive a copy). I met with the team via zoom to learn more.

If you would like to learn more about team pineapple, their mission, and how to get involved, visit their website at humpbacksofnotredame.com

If you would like to learn more about the Kinetic Grand Championship, and how to become involved (There are many ways!) Visit their website at kineticgrandchampionship.com

It is also worth noting that co-captain Dawn Thomas is the unofficial official Kinetic Historian and has spent the last few years compiling interviews and photos to produce The Kinetic Kompendium: 50 Years Of Kinetic Sculpture Racing, available wherever fine books are sold.

Thank you for listening and stay tuned for more episodes of North Coast Conversations as we explore more of what the North Coast has to offer. 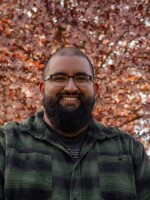